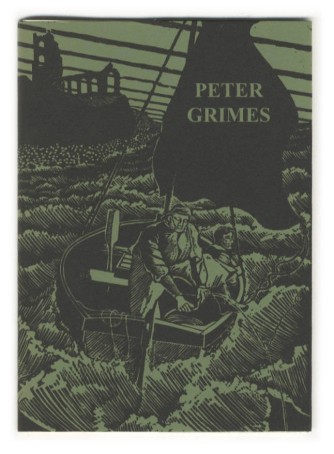 The series of fourteen linocuts from “Peter Grimes” formed the backbone of James’ first solo exhibition after leaving college, which took place at Aldeburgh’s Gallery 44 to coincide with the 37th Festival in 1984. The linocuts were used to illustrate the Festival catalogue in following years. The Britten-Pears Library bought an entire set of the linocuts for their collection at the Red House – and Peter Pears attended in person! The exhibition not only featured James’ prints but also his powerful paintings. Since then James has frequently held exhibitions at Gallery 44 during the Aldeburgh Festival. 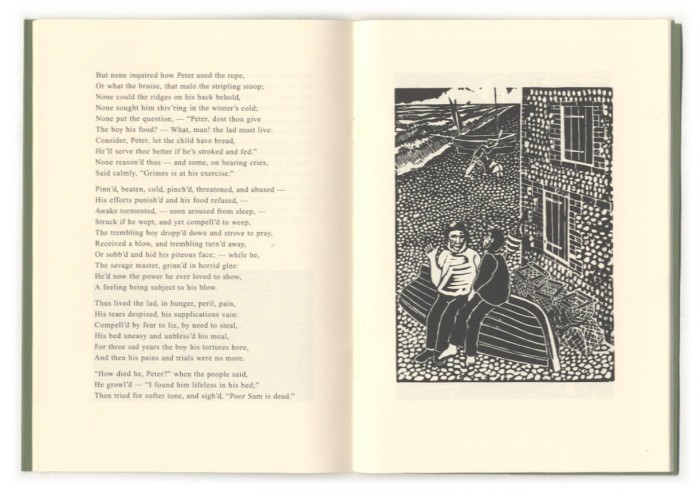